Immobiliser Information and History in the UK

An immobiliser is an electronic security device fitted to a motor vehicle that prevents the engine from starting unless the correct transponder key or remote is present. This prevents the vehicle from being hot wired after entry has been achieved and helps to reduce motor vehicle theft.

Immobilisers have been Compulsory in all new cars sold in the United Kingdom since 1 October 1998, any new vehicles arriving into the UK after the time from a country that immobilisers was not yet Compulsory had to have an Immobiliser fitted before it was aloud in

Early models used a static code in the ignition key or Remote which was recognised by a receiver around the ignition lock this code is checked against the vehicle’s engine control unit ECU for a match. If the code was unrecognised the ECU will not allow fuel to flow and or ignition to take place.

Later models use rolling codes or advanced cryptography to defeat copying of the code from the key or ECU.

The small electronic circuit inside the key is activated by an electromagnetic field which induces current to flow inside the key body, which in turn broadcasts a unique binary code which is read by the cars ECU. When the ECU determines that the coded key is both current and valid, the ECU activates the fuel-injection sequence.

In some vehicles attempts to use an unauthorised or “non-sequenced” key cause the vehicle to activate a timed no-start condition and in some highly advanced systems, even use satellite or mobile phone communication to alert a security firm that an unauthorised attempt was made to code a key.

Aftermarket immobilisers are available for older cars or vehicles that do not come equipped with factory immobilisers.

Some vulnerabilities have been found in the immobilisers designed to protect modern cars from theft. Many vehicle immobilisers use the Megamos-chip, which has been proven to be crackable. The Megamos transponder is one of many different transponders found in today’s immobiliser systems and also comes in many different versions. Hacking of an immobiliser in the real world would be performed on the vehicle, not on the key. It would be faster to program a new key to the vehicle than to try to clone the existing key, especially on modern vehicles.

Some immobiliser systems tend to remember the last key code for so long that they may even accept a non-transponder key even after the original key has been removed from the ignition for a few minutes.

A 2016 study found that the immobiliser lowered the overall rate of car theft by about 40% between 1995-2008 and the benefits in terms of prevented thefts were at least three times higher than the costs of installing the device. 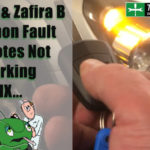 I cannot stress highly enough as to how Terry went 100% over and above to help me. Major central locking failure on my Vauxhall Astra which put me on the verge of breaking down with no petrol and no access. Terry was recommended so I took a chance. Best thing ever! Not only did he see me urgently, he managed to rectify the problem, gain me access and sort my keys out. Extremely knowledgeable man, definitely knows his trade. Friendly, approachable and professional at all times. He saved the day for me and I will definitely recommend him to everyone I know. Don’t go anywhere else! If his team are are good as he is (which I would suspect they are), then you’ll get a top service. Thanks Terry for getting be out of a tight spot. 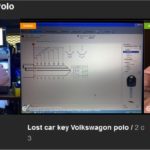 Open and honest, his knowledge is second to none.

Very quick response to a panicked mum who needs car to run around after children. The service was 10/10 couldn’t fault it and the PayPal card reader meant I didn’t have to go and draw cash out. Would 100% recommend.

A very clever guy, honest and trustworthy, a great guy.

I found Terry to be very efficient and service was fast and excellent, even sorted out a unrelated problem at the same time
Wouldn’t hesitate to recommend

I will recommend him to all my friends and family.

Supply and fit replacement electronic key for my Citroen C4 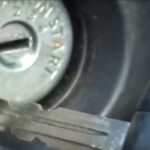 I had a real problem with car key getting stuck in the barrel lock.
Called Terry on Monday – he arrived right on time & fixed the problem on the same day within 2 hours.
Cannot fault his service – if you have a car problem, call Terry!

After trawling the internet for an ‘Auto locksmith’, I came across ‘The Car Doctor’. I received a prompt reply to my initial enquiry and we agreed a day and time to complete the work. Terry duly arrived and in good time, produced a replacement Nissan key
(I had lost the original).
I am very pleased with the service and would happily recommend 10/10

I am a retired mechanic and had been in the motor trade all my life, this man is a credit to the industry. He deserves to do well.

Cut key for my car 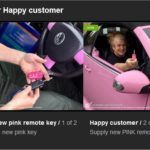 Superb and bends over backwards to help, No1 and value for money. 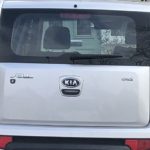 I needed replacement car keys, my original keys kept falling out of the fob and the fobs themselves had seen better days. Terry came to our house quickly and replaced the keys. He’s a nice guy, provides an excellent, professional service and I have already recommended him to a couple of people.

New keys for car and van

I’m a car salesman. Terry has supplied and coded many keys for my sales cars & vans. I’ve been using him for years.

Within One hour of my phone call Terry had turned up and I had a replacement key cut and a running car.
The total price for all was fantastic.
Highly recommended Company. 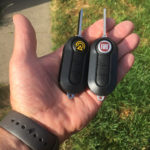 Fantastic service! couldn’t have been more helpful, went out of his way to get my new keys to me and really friendly. Highly recommended, Thanks!

Car was running rough and holding back; he diagnosed it as air flow meter

He was on time, very polite and carried out his work to a very good standard.

Great advice and support from Terry ! My alarm system is now working again. Will consult Terry on all auto security matters.. 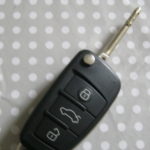 The key I got with my Transit van did not have the remote option for central locking. I posted the key to Terry and he sent me a remote key straight back with a note on how to sync it with the vans ignition. Key sent Monday and it arrived back with new fob on Wednesday, how’s that for service.

I cannot praise Terry highly enough. He saved me a fortune by repairing my remote controls. He saw me within a couple of hours of me contacting him. His customer service is excellent. He can be trusted to do a good job and not rip you off. I will recommend him to all my friends and family.

Terry arrived at the time he indicated. Computer checked all the system. He was very knowledgeable. Repaired the fault. Excellent service. I would recommend him without a doubt.

Fantastic, service from 1st point of contact until the finished product, highly recommend

He was very good and got my old key working and supplied a new one. Very clean worker.

Arrived on time, fault found and key cut and programmed no problems at all.